Work and Drive in Safety 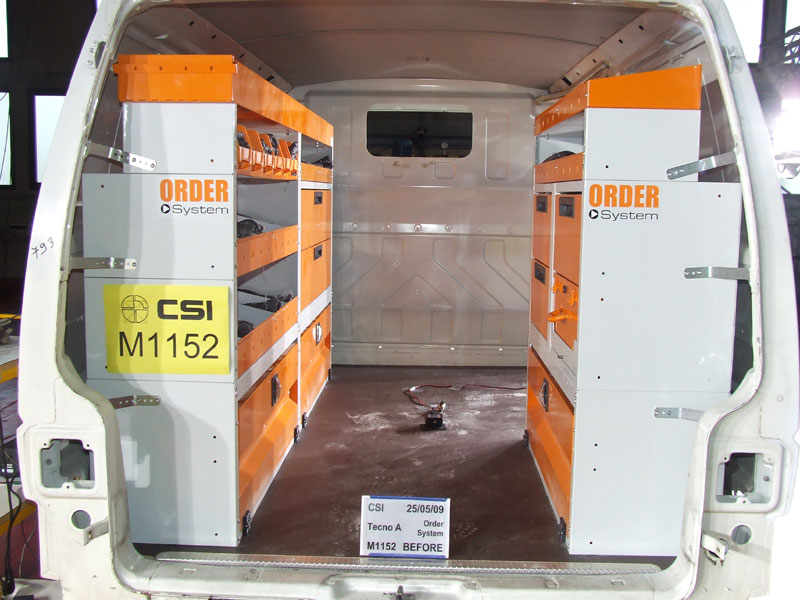 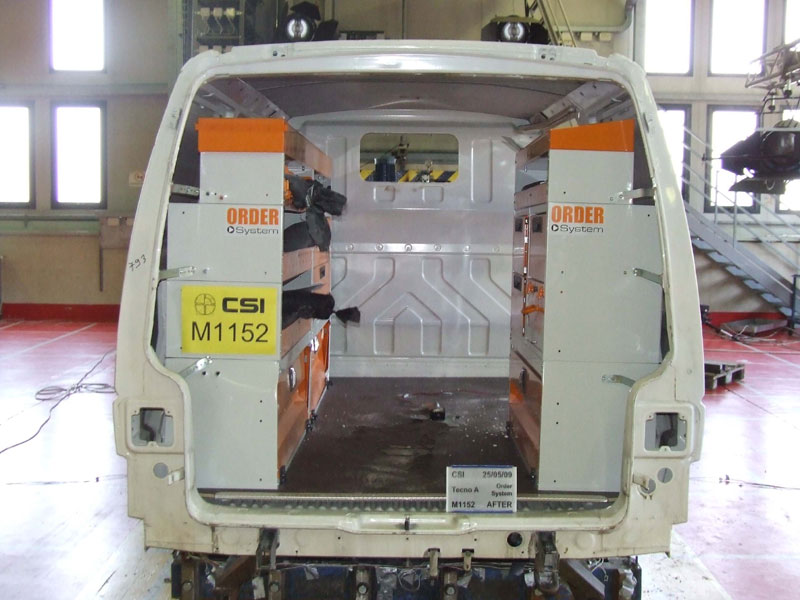 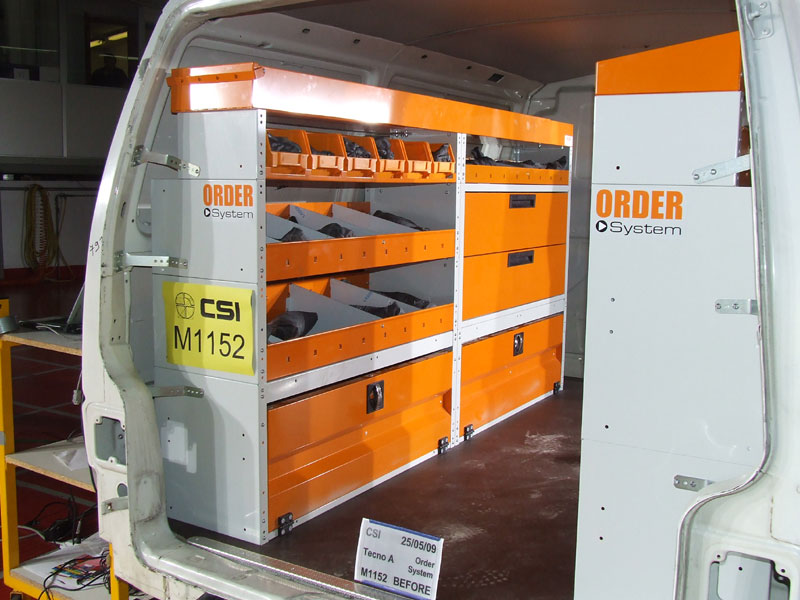 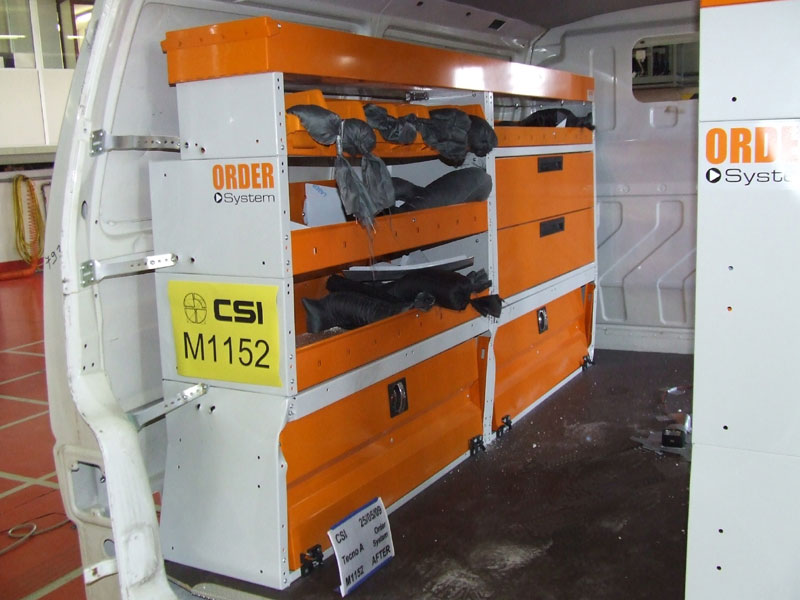 At the Test Center of the CSI Mechanical Division in Milan, Order System® has subjected its outfitting to the strict controls established by the ECE R17 standards. Tests were carried out to check the stability of the interior equipments installed in motor vehicles, considering the safety of passengersin the event of an accident. In the tests carried out, the Order System® components met all requirements and excellently approved.

The results confirmed by the laboratory are as follows::

The body, with the charging area equipped with Order System® elements, wassubmitted to the same deceleration required by the ECE17 Regulation and by Directive 74/408/EC in case of frontal crash.As a consequence of the test,there was nointrusion ofequipment parts, or of ballastsacks contained in the equipment, into the driver’s cab.

In conclusion, the test showed that in the event of an accident, Order System® equipment protects the driver and the passengers from transported material.

In the photos and in the video of the Order System® crash-test we can observe how the equipmentreacted during the collision, becoming deformed but without dangerous detachment of any part of it, thus successfully holding back the load.

Information about the simulation with body: Weight of the equipment: 181 kg Load: 270 kg 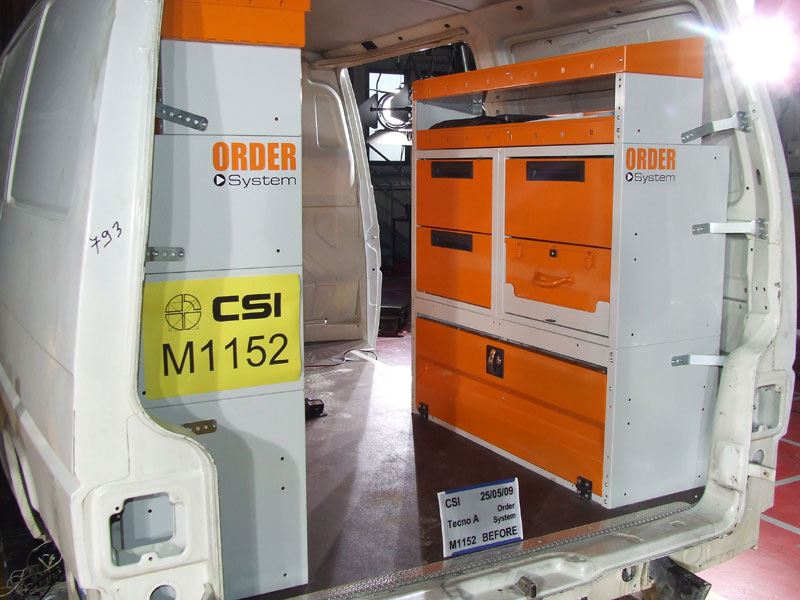 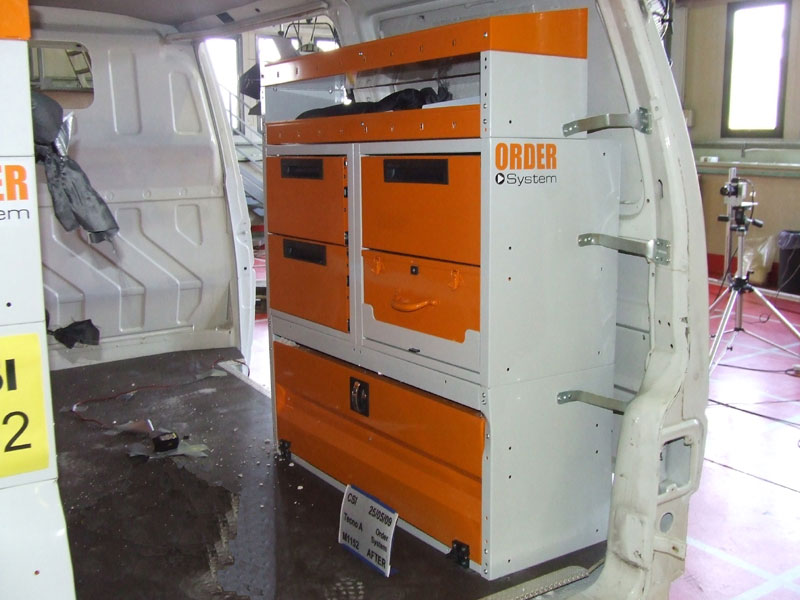 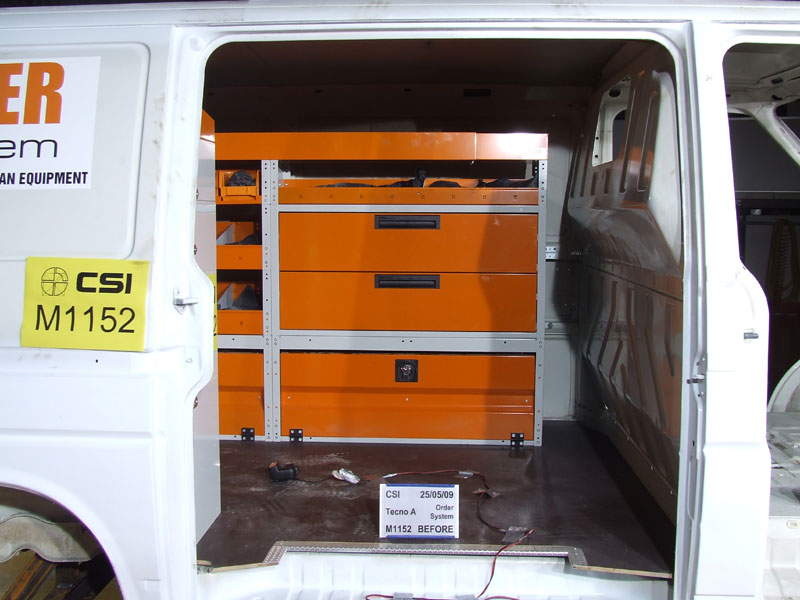 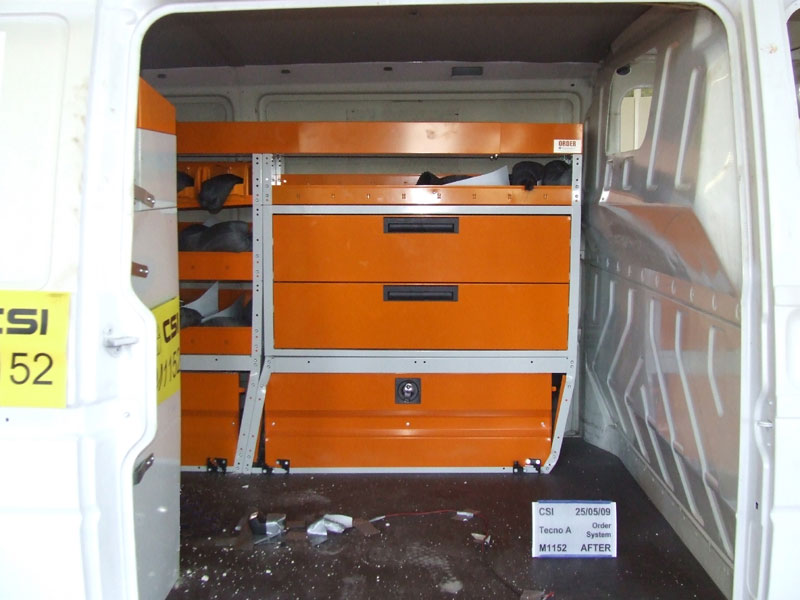